Highlighting some of the most common causes of headaches

We all live pretty action-packed, stress filled, and anxiety ridden modern lives – and most of us are dealing with a lot more stress and pressure than we’d like to admit.

Bills, deadlines, careers, relationships, and families can cause all kinds of headaches all on their own, but there are other causes of “brain pain” that you want to be aware of (especially issues that could be pointing to much more significant medical issues).

We are going to highlight some of the most common causes of headaches in this guide so that you know exactly what you’re up against. 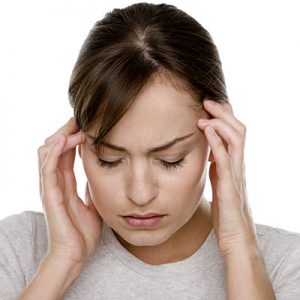 Most people are stressed to the max

As we highlighted above, the overwhelming majority of folks are overstimulated and overstressed these days, with German researchers finding that most people are dealing with a magnitude of stress far more significant than that of their parents or grandparents – and it’s destroying peoples out along the way.

Most people aren’t getting enough sleep

On top of that, the majority of people around the world aren’t getting anywhere close to eight hours of sleep every single night and those that are aren’t getting eight SOLID hours of restful sleep that allows them to recover.

Without enough sleep your body isn’t ever going to be able to recover from the stress and pressure you’re dealing with on a routine basis – and that means more headaches are going to be incoming.

Everybody has a favorite beverage, but most folks would agree that they aren’t drinking anywhere near enough water as they should be. This means folks are walking around in a state of constant mild dehydration, which means body systems aren’t operating anywhere near as optimally as they could or should be.

Low blood sugar levels, overtaxed organs, and general dehydration is going to lead to significant migraines and headaches in a way that you simply couldn’t have ever imagined possible. Even just drinking a little bit more water can go a long way towards banishing these headaches once and for all.

Depression is a major contributing factor to “brain pain” and migraines, and researchers at the University of Oxford believe that constant or chronic depression can actually permanently affect your neural circuitry that highlights pain considerably.